Main page » How beneficial is stevia? Benefits of sweetener 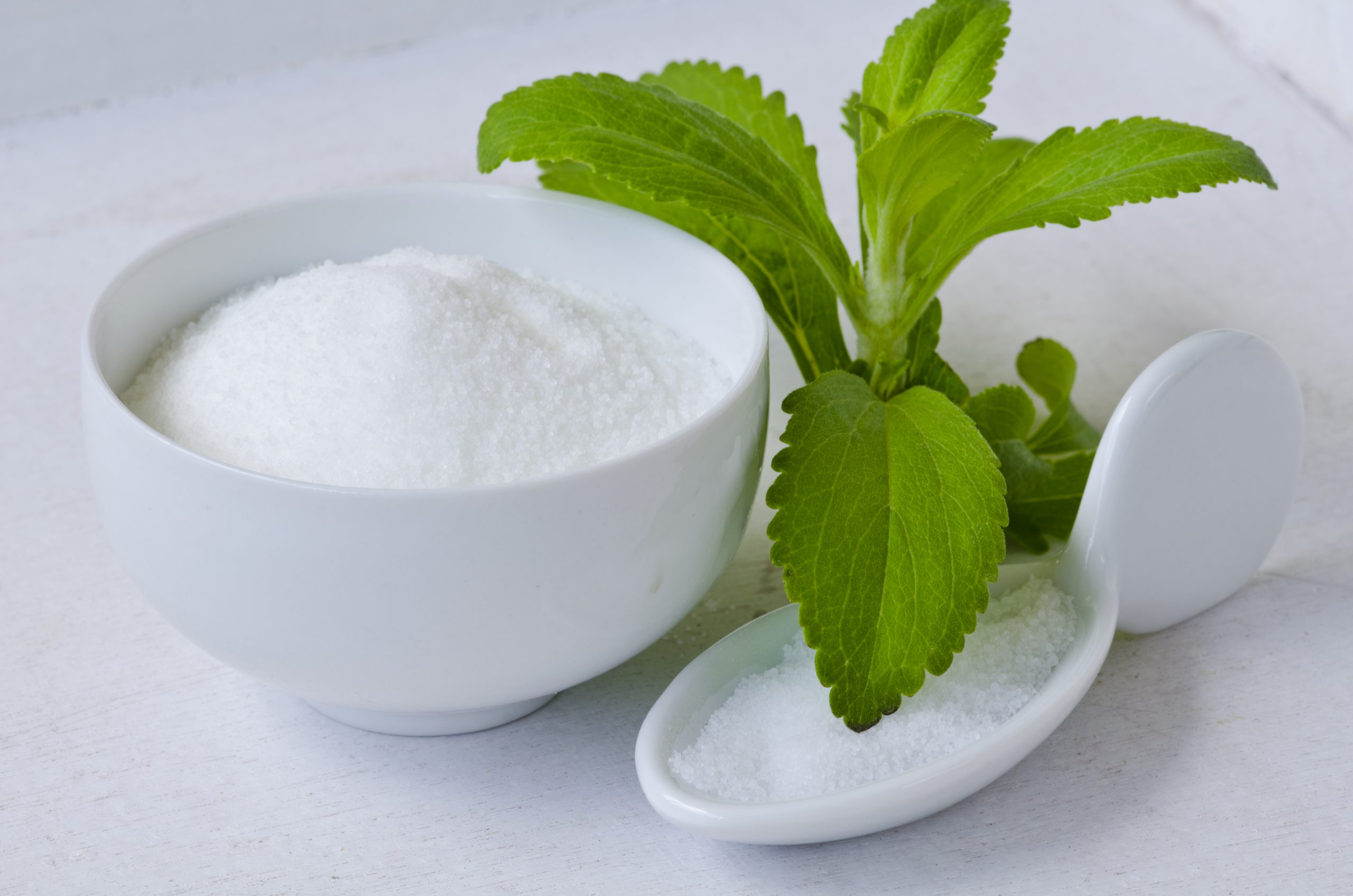 How beneficial is stevia? Benefits of sweetener

A healthy lifestyle, so popular today, has two key aspects: regular exercise and proper nutrition. Food should be wholesome and balanced, including proteins, fats, and carbohydrates of both animal and plant origin. Products containing refined sugar provoke the development of obesity and diabetes, but if you like sweets – just replace sugar with natural sweeteners. Today there are a large number of them of artificial and natural origin. Natural ones are preferable because, unlike artificial ones, they are low in calories and have a zero glycemic index. We recommend paying attention to the plant sweetener – stevia. The benefits of stevia have been confirmed by numerous studies.

The origin of stevia

The homeland of honey grass is in South America (Paraguay and Brazil). Stevia has long been used for medicinal purposes in the form of teas, as well as in food as a delicacy.

Steviol (a high-purity concentrate) was first synthesized from stevia leaves in the 1930s by French scientists and caused a sensation among people with diabetes. Forty years later, Japan began its mass production, becoming the main supplier.

At first, nutritionists praised steviol as an unsurpassed sweetener for diabetics. However, in the late 20th century, a study that significantly undermined the reputation of stevia extract was published. On this basis, the FDA declared steviol unsafe and banned its sale as a sugar substitute for diabetics, leaving only the possibility of use as a dietary supplement. And not only the synthesized steviol but also the plant itself was persecuted.

However, research into the properties of the plant did not stop, and the FDA, surrendering to the onslaught of evidence, returned stevia to the ranks of safe products. Studies of the benefits and harms of stevia have shown that steviol does not contain carcinogens and is safe for the body. Moreover, it can have a positive effect on almost all body systems, strengthen the immune system, and reduce the risk of diabetes.

The reason for the sweetness of the plant is stevioside that is 300 times sweeter than sugar. In its pure form, it has an unpleasant bitter aftertaste. In its chemical composition, there is no glucose group, and the substance doesn’t increase the glucose level in the blood. Unlike many natural sweeteners, stevia is low in calories and completely safe even for children and pregnant women. In addition to the sweet taste, stevia has other useful properties. Regular use helps:

Stevia leaves contain more than 50 names of nutrients – vitamins, plant polyphenols, micro-and macronutrients. You can buy Green Leaf stevia in various forms – powder and liquid extracts. The main difference of all products is unsurpassed quality due to the absence of impurities.

Although stevia sweetener is an ideal product for dietary nutrition, including diabetes, it is not recommended for individual intolerance, like any other product in this case. An allergic reaction is possible in people who are allergic to many other substances. Stevia may also be incompatible with some specific medications.

It is also undesirable to use stevia on an empty stomach. It is better to add it to morning coffee or tea, which will make the drink not only delicious but also useful.

Stevia from Green Leaf differs favorably from most analogs. It does not contain impurities and GMOs fully comply with ISO standards for safety and quality. In the process of production, the extract uses Harmonix technology to get rid of bitterness and unpleasant aftertaste.

The coefficient of sweetness for the convenience of consumers is reduced to identical sugar, and calories remain zero. Sweet stevia is available in:

For manufacturers of confectionery, sauces, beverages, and a number of other products, a liquid extract with a higher coefficient of sweetness is produced.

On our website, in addition to stevia, you can also buy erythritol – another natural sweetener. We deliver all products to all corners of Ukraine.