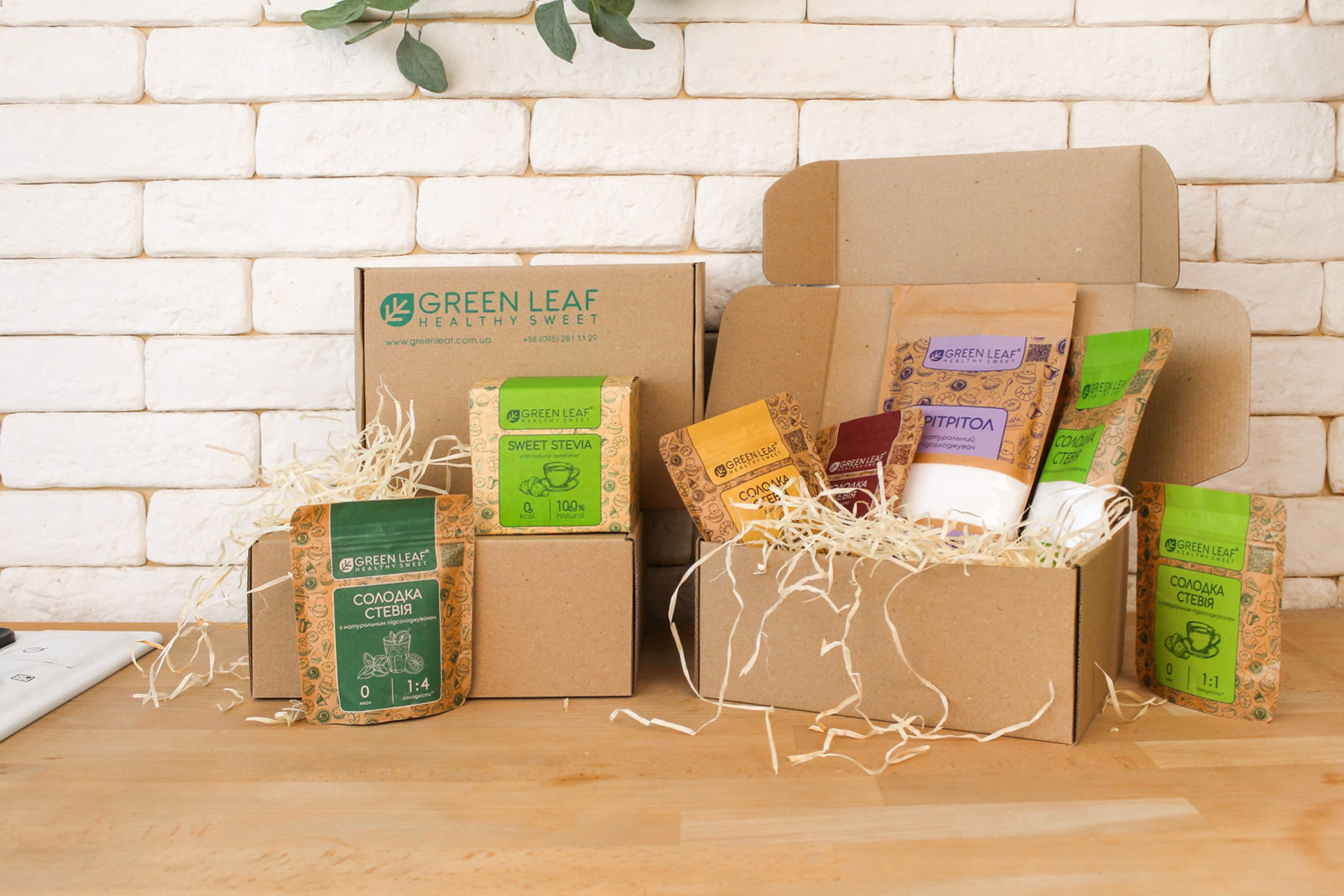 Green Leaf is for proper nutrition! We love our customers, so we present a high-quality sweetener of natural origin – sweet stevia. It is a healthy alternative to sugar that is safe for health and suitable for absolutely everyone. In production, we utilize only modern technologies and fully control the entire process – from the selection of raw materials to the shipment of products to the consumer. Therefore, our sweet stevia meets all quality and safety standards. Green Leaf products can be enjoyed even by children and pregnant women, they will also be an excellent sugar substitute for diabetics. Numerous studies of the drawbacks and benefits of a sweetener have confirmed that stevia has a beneficial effect on health and does not have side effects.

Stevia is a plant from the Asteraceae family. At first, it was used in its primary form, and later people learned to make a sweetener from it. People called stevia honey grass due to its sweetness. For thousands of years, the plant has been used by the tribes that lived in areas that are now Brazil and Paraguay. The botanist Petrus Stevus was the first to explore it. The plant got its name in his honor. Then the grass caught the attention of Bertoni (who was swiss). He supplemented research works, and also managed to learn about the medicinal properties of the plant. It turns out that the indigenous people widely used it with the following goals:

However, the real revolution came when stevia began to be used as a sweetener. Stevia has been used in Japan since 1971. Local manufacturers have appreciated the beneficial qualities of the herb and have begun to add it to many sweet dishes, drinks, and sauces. In the US and Europe, the sweetener was only approved for use in beverages in 2008 and 2011, respectively. On the territory of the CIS countries, stevia appeared much earlier. And although at first, the additive caused mistrust among many people, today no one doubts the usefulness of sweet stevia. 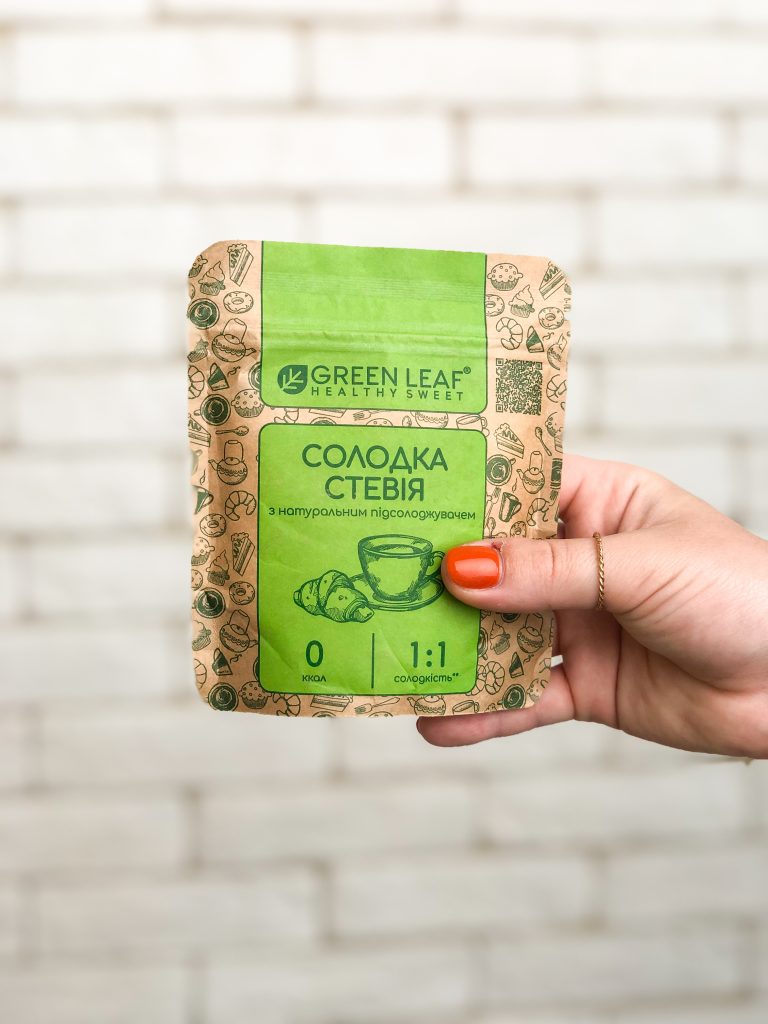 Useful properties of the sweetener

Stevia is about 250-350 times sweeter than sugar. This sweetness is provided by steviol glycosides, which are contained in the leaves of the herb. For the production of sweeteners, an extract is received from the plant and a powder is made. The use of innovative technologies makes it possible to make it sweet, like sugar, so our stevia tastes no different from the usual product. Accordingly, all dishes and drinks prepared with the addition of a sweetener retain their taste.

Despite being sweet, stevia has no calories and has a zero glycemic index. This means that it is a good helper for losing weight and is approved for use by diabetics with any type of disease. Thanks to our sweet stevia, you no longer need to give up your favorite sweets – products with its addition will not harm you and will not add extra pounds. Buying stevia means making a huge investment in yourself and your health.

Thanks to such a rich composition, stevia can not only replace sugar while providing additional benefits but also prevent the formation of malignant tumors. According to studies, the sweetener reduces the risk of developing pancreatic cancer by 23%.

Also, scientists have confirmed that sweet stevia is useful not only in dietetics. It is recommended for use by people suffering from blood pressure increase, and impaired metabolism. The sweetener cleanses the body of toxins perfectly, and improves the acid-base balance. In addition, its use has a positive effect on the condition of the teeth and oral cavity – stevia not only does not cause caries, preventing the development of bacteria but also strengthens enamel and whitens teeth.

Stevia has found application in cosmetology too. Due to its composition, the herb can slow down aging, favorably affecting the condition of nails, hair, and skin. It also helps to restore strength after a hard day and physical exertion.

In cooking, the possibilities of using Green Leaf stevia are almost endless. It is added to pastries and hot drinks since it does not become harmful when heated. It can also be added to chocolate, ice cream, yogurt, sweets, chewing gum, desserts, and cereals. You can drink juices, fruit drinks, and compotes with this additive. Sweet Green Leaf stevia is even used in the production of some alcoholic beverages. It also pairs well with sour citrus fruits like lemons and oranges.

The only downside to sweet stevia is the bitter aftertaste. However, today this is no longer a problem – thanks to Harmonix technology, we managed to get rid of it. Green Leaf Stevia has no aftertaste or bitterness. Nevertheless, an allergic reaction cannot be completely excluded due to individual intolerance, like to any food product. Such cases are extremely rare, but if you are allergic to chamomile, dandelions, ragweed, and chrysanthemums, you should be careful not to abuse the sweetener.

If you want to buy erythritol or stevia in our online store, rest assured that we will deliver the best sweetener that will be a healthy alternative to sugar. After all, we at Green Leaf produce only the highest quality sweeteners and care about every customer.