Main page » Stevia in diabetes is the best alternative to sugar 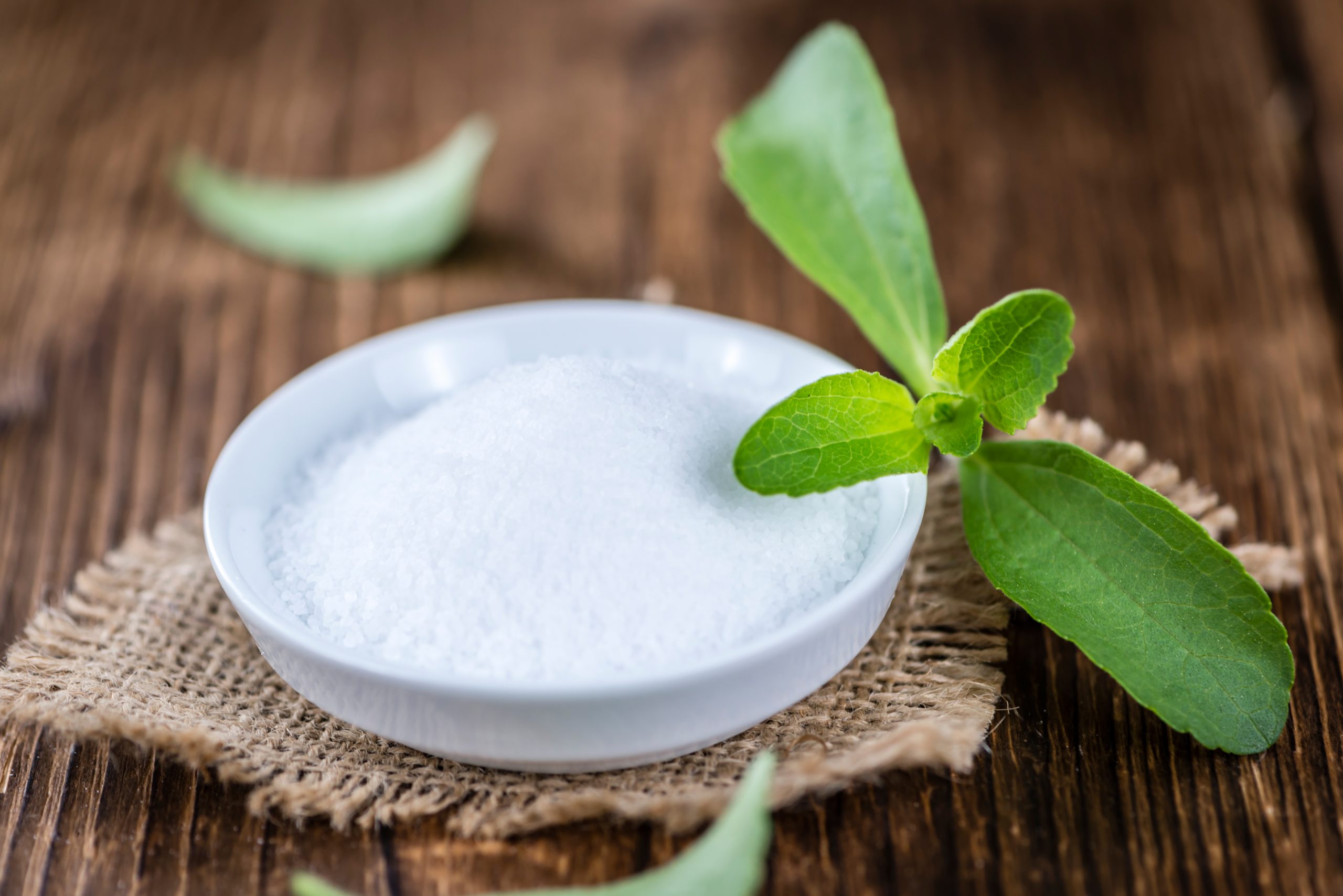 Stevia in diabetes is the best alternative to sugar

Today, according to the WHO, the number of overweight people in the world is almost 2 billion people. A third of them are obese. More than 442 million people have been diagnosed with diabetes. And these numbers, unfortunately, are constantly growing. With diabetes, it is recommended to strongly limit or completely eliminate the use of sugar and foods that contain it. But a complete rejection of sweets can negatively affect the emotional background, so for diabetics, synthetic and natural sweeteners are available. Our company produces only quality products, including a sweetener that has won the well-deserved love of consumers and is better known as a stevia sugar substitute for diabetics.

Causes and features of diabetes

One of the risk factors that provoke the development of the disease is obesity. Obesity is often caused by a sedentary lifestyle and poor diet with excessive sugar intake.

In diabetes, the pancreas reduces or stops producing the insulin needed to break down carbohydrates. Being a serious disease in itself, diabetes reduces immunity increases the risk of bacterial infections, heart attacks, strokes, the development of visual defects up to blindness, kidney disease.

How to replace sugar in diabetes?

The use of sugar or foods containing sugar in diabetes is highly undesirable. Nutritionists recommend using sugar substitutes for diabetics as an alternative.

Synthetics are made from chemical compounds, have zero calories, are completely broken down and excreted from the body. The coefficient of sweetness is hundreds of times higher than the sweetness of sugar, which makes it possible to use the product in microdoses. The most famous today:

Some are considered relatively safe with strict dosing. Others have proven side effects. Therefore, artificial sweeteners cannot be considered an ideal substitute for sugar.

Natural products are obtained from herbs, berries, and fruits. They have at least three times lower glycemic index compared to sugar, and they break down many times longer. The coefficient of sweetness in relation to sucrose is from 0.1 to 300, caloric content – 0-3.76 kcal /g.

Stevia in diabetes – properties, and features of use

Stevia came to us from South America, where it has been known since ancient times as a medicinal plant and sweet. Stevioside gives the plant a sweet taste. It is 300 times sweeter than sugar, is not a carbohydrate, and does not provoke insulin. The only drawback of stevia is the unpleasant aftertaste, but it is solvable. Our brand neutralizes the bitter taste with Harmonix technology. In addition, stevia extract has no calories, and it is absolutely safe.

Despite its tremendous benefits, stevia may be contraindicated in diabetes. These contraindications are caused by individual intolerance, allergies, or taking specific medications. Stevia and its dosage, as well as any other products, diabetics need to agree with your doctor.

Numerous studies have confirmed that stevia is not only a safe sweetener but also able to have a positive effect on diabetes and be used to prevent this disease. You can buy stevia directly on our website.

Sweet stevia from Green Leaf does not contain impurities and GMOs fully comply with ISO standards. Thanks to Harmonix technology, it has no unpleasant aftertaste and is not bitter. For ease of use in everyday life, the coefficient of sweetness is reduced to a ratio of 1:1 with sugar, while the caloric content remains zero.

Sweet stevia is packed in packages of 100 and 300 g, in 4-gram sachets, which are convenient to take on the road or to work, as well as in jars of stevia 250 g (they are convenient to store the product and can be used repeatedly).

On our website, in addition to sweet stevia, you can also buy erythritol Green Leaf, as well as stevia with the addition of natural vanilla and cinnamon. These are all-natural sweeteners that can be used for the benefit of your health.